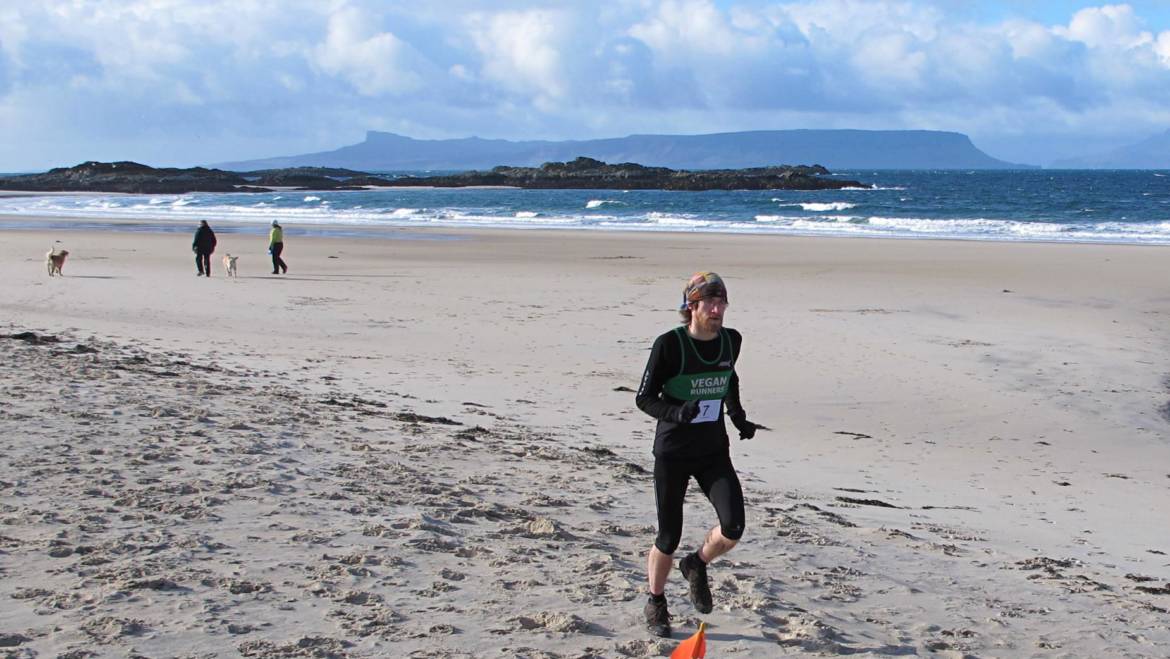 Members have been plenty busy this weekend in addition to the fast and fantastic turnout for the Brighton Half of which more later.

Congratulations to Verna Burgess for her category win, she tells:

“I got an age group win (FV45) at Hardwick X Stream 10k today, just north of Aylesbury. It was a club event and so had to wear Tring RC vest but I had a vegan runners coat on most of the time and for the prize pics Glorious sunshine all morning but a very muddy and consequently challenging course. The course is known for several deep ditches and stream crossings that have to be waded, jumped and survived but brilliant fun. Tring also got ladies and men’s teams prizes so Michael and I came home with quite a haul. Verna 68/228 in 48.20 1st FV45”

Yasmin Inglis was also enjoying the mud at the Chase the Yeti run at Market Harborough:

“End of the avalanche chase the Yetti run. Very wet, very muddy and very very cold! If you look closely you can just make out the VRUK logo on my top.”

Looks like a beautiful setting for Craig Wallace’s duathlon though sounds like there was some weather up there too:

“Done a duathlon at Arisaig today – 8km run, 25km cycling, then 4.6km run. Nice runs along beaches, paths and on road. The cycle was all on road, though up and down a few hills. All rather scenic, great views to the islands of Eigg, Rum and Skye. But not so great weather – very windy, with a few heavy showers of rain, plus a bit of sunshine. Finished in 2:18:51, position 32/45.”

“I finished 30th in the Bolton 5k today in 18:20. We were sent the wrong way by a marshal at the start of the race, which caused a bit of carnage and probably added a good 30 seconds to my time. But I was a bit lethargic anyway due to high mileage marathon training – clocking 60 – 70 miles a week now. So I’m disappointed, but maybe to be expected.”