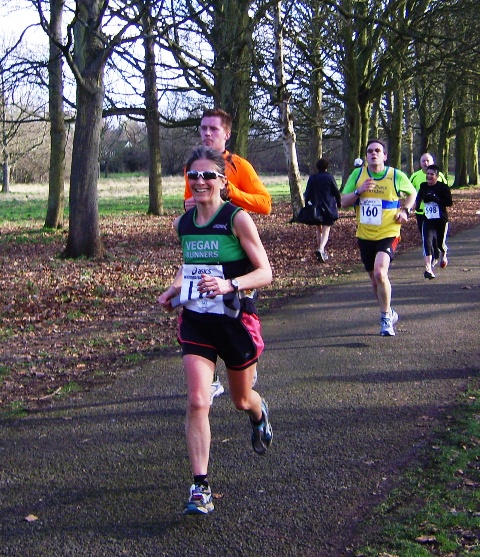 A good Vegan Runners UK turnout at the Watford Half last weekend with lots of PBs despite a course that isn’t flat and involved some paddling here and there!

” – very pleased with the PB. I stuck to my race plan but I did slow up quite a bit in the last 3 miles – I never seem to have a last surge in any race I do. It was good to know I can still put in a good performance despite the race a couple of days before too. Proud to wear the VR vest and it meant I sneaked past a few Tring Runners before they realised it was me!” ” … I was in the zone:). I did 1.33.23, new PB and nearly 5 minutes improvement from last year. Nice undulating course on countryside roads. Partly flooded with ankle deep ponds here and there.”

Hortencia is hard to miss in those tights!