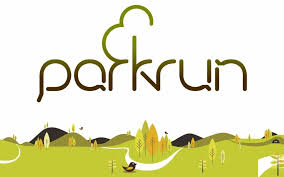 As you are all aware parkrun is a very important aspect of the VRUK running calendar.  According to the latest stats VRUK is one of the big 4 clubs represented at parkrun.  As a result of the attachment with which parkrun is held by VRUK, the sponsorship deal agreed between Happy Eggs and parkrun caused a significant amount of bad feeling within the VRUK community.  Earlier this year Vegan Runners represented by Martin Pearn, Mike Harper, and Steve Swindon met with Nick Pearson (CEO of parkrun) and Paul Sinton-Hewitt (Founder of parkrun) to share VRUK’s concerns about parkrun choosing to partner with Happy Eggs as a sponsor of parkrun.

VRUK set out the following objectives for the meeting:

As a result of this meeting and a number of follow up discussions, we have achieved all the objectives above and established a productive dialogue with the parkrun management team.  The statement below is an attempt to explain the position that parkrun finds itself in as an organisation that is important to its members that are growing both in number and diversity.   This is not a defence of parkrun but a summary of the environment that parkrun operates in to enable us understand some of the decisions that have been made even if we don’t agree with them.

Parkrun see their mandate as promoting positive health and happiness within individuals and the community as a whole. They receive a number of approaches from companies who would like to sponsor parkrun. The vast majority of these approaches are from food companies. They reject any companies that promote products that are heavily processed or high in sugar. So, for example, McDonalds, Coca Cola or a company promoting high sugar breakfast products would not be acceptable sponsors. Lucozade was dropped due to the high sugar content of their products.  As a result of our engagement with and influence on parkrun, their criteria for acceptability of sponsors is beginning to change.  As frustrating as it is that organisations like parkrun do not promote the connection between a plant based diet and good health, it is important to understand that they are not a vegan organisation and they may never get to a point where they actively encourage a plant based diet.

From an ethics standpoint parkrun operates in a complex environment. Their membership is made up of a huge range of diverse demographic groups, each of which operates within its own ethical framework.  Whilst we, as vegans, feel strongly that our ethical position on animal cruelty is beyond question, we know that others do not yet see the world in the same way as we do.  For parkrun to continue its success it needs to stay relevant to its current membership and connect with new members which come from all walks of life.  It sees that the way to do this is to stay neutral on ethics and effectively exclude ethics from its decision making scope so long as no laws are being broken.  In this context expecting parkrun to respond to the questionable animal welfare practices of Happy Eggs and its parent company and the broader ethical issues within egg industry is pointless as, like it or not, HE and its parent company operate within the law as it stands today.

On environmental issues parkrun has to deal with conflicting pressures that create contradictions and, often, unsolvable problems.  For example it is parkrun’s objective to grow the membership and encourage those for whom exercise is not a normal part of their lives to start running regularly.  However new members potentially result in more car journeys with a consequential increase in carbon footprint.  Parkrun’s view is that it is more beneficial overall to get people out running even if that results in more car journeys.  Given this context it is not surprising that parkrun’s recognition of and perceived responsibility for environmental issues within its decision making process is limited to that laid out within UK government policy.  Any environmental issues in connection with the egg industry is not within parkrun’s remit so long as HE complies with the law.

As frustrating as this is, things are beginning to change within the parkrun decision making process.  We know that at least one potential sponsor has been turned down as a direct result of the discussions with VRUK.  Parkrun emphasised that selecting Happy Eggs as a sponsor was not intended as an act of exclusion or discrimination towards vegans.  In hindsight they felt that they could have handled the situation and the ensuing backlash from within the vegan community much more sensitively which took them and HE by surprise.  The Happy Eggs’ contract runs until October 2021 so nothing will change regarding the agreement between Happy Eggs and Parkrun before then.

In the long run it is parkrun’s intention to become self funding and not have to rely on sponsors as a source of funding.  This will take time and may mean them engaging with organisations that not everyone is happy with.  We fully intend to maintain a dialogue with parkrun over their choices of sponsor and to encourage them to progress towards promoting a plant based diet within their membership.  At the grass roots VRUK should continue to turn out in force and provide a positive example of the benefits of veganism.  We should also continue to make ourselves heard when Happy Egg promote their products at parkruns but ensure we do this in a way that encourages others to engage with us positively and see VRUK as the inspirational club we all know that it is.