Success at Serpentine and Dorney Lakes 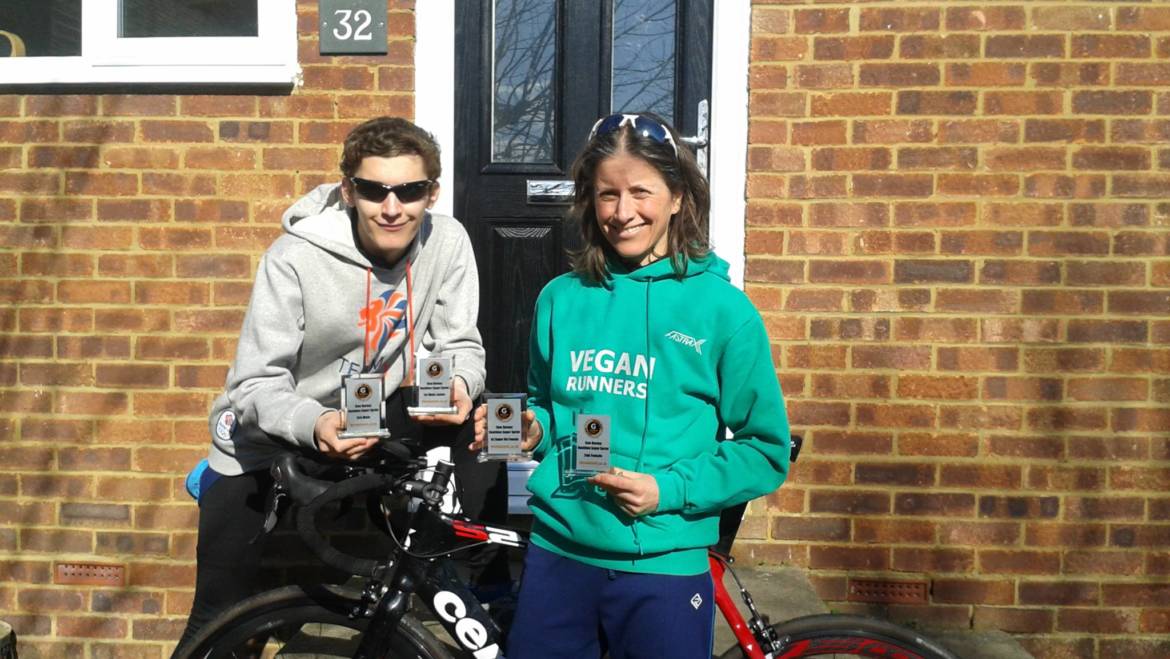 “As I travelled into London for this today I thought the conditions were going to be atrocious. However, the rain stopped and it brightened up. I packed away the layers and gloves and raced in my VR vest, enjoying sunshine by the end. Another couple of VRs said hi but I have forgot names – sorry. Also I met one of Bruce Lovell’s buddies so it was a nice social event too.

My season target of a sub 21 mins 5k was nailed as I managed 20.59 and 4th lady. My target will now be to get under 20 mins, some hard track sessions will be called for I think.”

Verna and Stephen Burgess at the Dorney Lake Duathlon

Too fit to need more than one days recovery Verna was on form again on Sunday at the Dorney Lake Duathlon with her and son Stephen both winning their age groups:

“It was a beautiful morning yesterday (Saturday) for this event. Stephen and I had a great time doing the supersprint course with others from our bike club – Hemel Hempstead CC. We both won our age group and Stephen was third male and I was second female overall. I was running under the VR brand and Stephen was out first time as a Hillingdon Triathlete.”