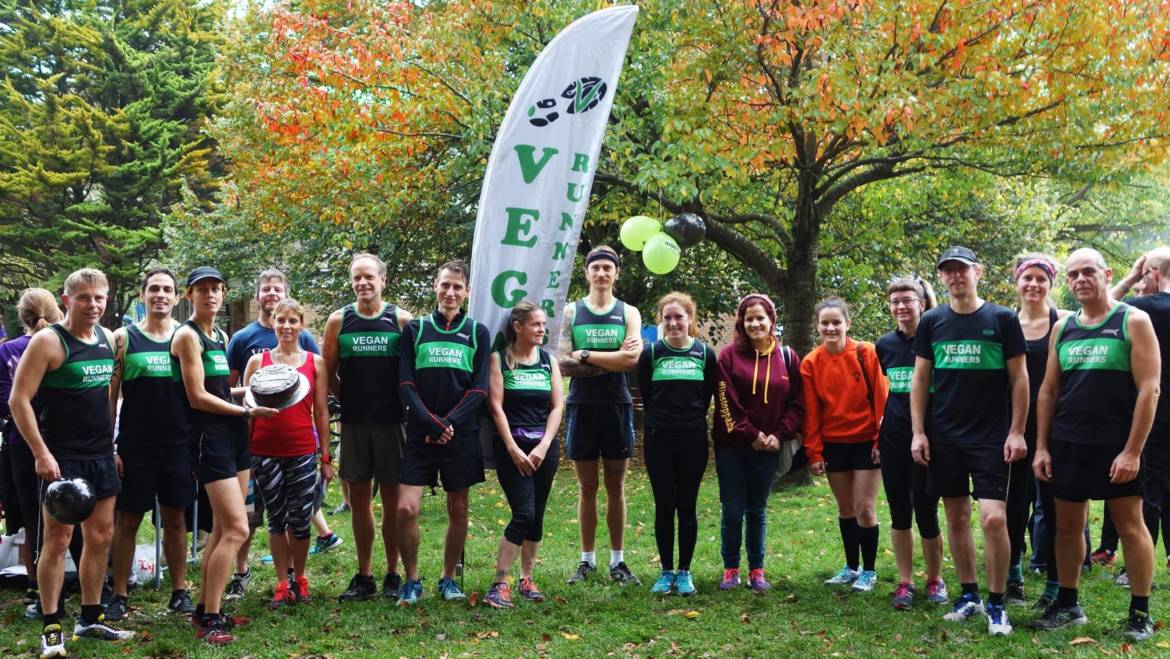 Thanks to K Sky Tiberius for the photo

Mike Harper brought a car load of vegans ( Vanessa Kerry) along the coast from Portsmouth and Chris Kennett came along from Denmead for his debut race. Likewise Ian Hills and Lorraine Roach. John Marchant was on Marshalling duty while Jemma and Cat looked after the stall during the race.

Fair to say that we were inundated with interest and enquiries. Many not believing the cakes were egg-free, some membership enquiries, several people wanting to buy shirts and many having nutritional questions answered by vegan body -builders own Pete Ryan. We even had a vegan film-crew in the form of K Sky Tiberius producing the funny high speed clip of the group in action!

Another PB from Caroline Gabriel and also Stephi Sarah Sky I believe. A close battle between Nick Balding, Goncalo and Paula Blackledge all finishing within 11 seconds.A strong Sub 25 minute run from Charlie from Worthing.

Apologies if photos are similar to any already published. (A few more to follow!)

Many thanks to everyone who pitched in and made it a great vegan morning. Have to start thinking about the next one!!’